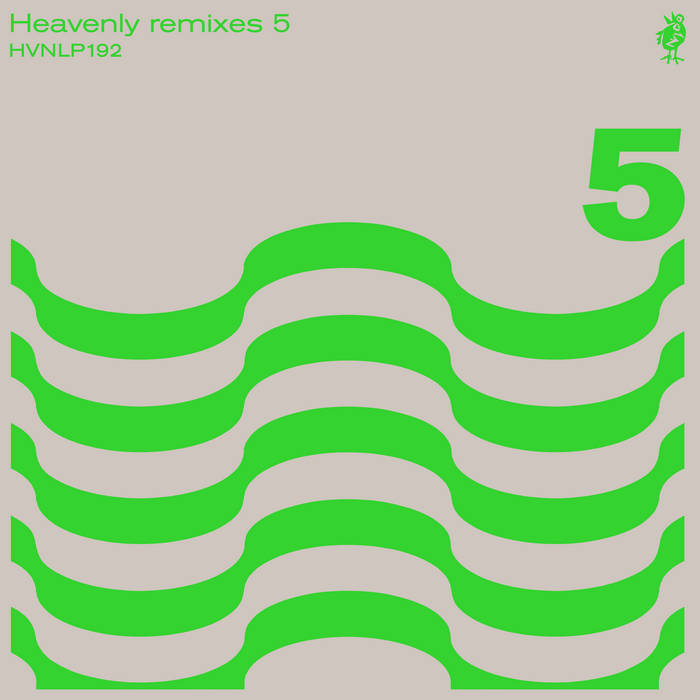 muzzla When I listened to this I was thinking "Yes, I'd play this out" to every single track. So many different styles on show but top quality across the board.

PLEASE NOTE: One or two of tracks on this album have been licensed from a major label. The terms of this license do not allow us to sell the digital tracks, though anyone purchasing the vinyl will receive a full album download on the day of release.
With Bandcamp being a digital platform we do have to make digital available, so we set a daft prohibitive price to get around the issue.

Hope that explains it!

There’s been a lot written - much of it by me, admittedly - about how the Heavenly office is almost a living thing. Time and legend have anthropomorphised it into a towering character in the label’s rich history. Although the five-days-a-week work space is ostensibly just four sturdy walls, a bunch of furniture, a vivid explosion of framed artwork charting a unique and particular journey through the history of music, multiple stacks of records, a bulging fridge and an overworked stereo, the Heavenly office has ended up becoming less a someplace and almost a someone.

The spirit of the office is a restless beast, yet it’s been loyal enough to have faithfully moved (almost) every time the label has relocated. And it’s a spirit that’s been emboldened whenever it has been based in Soho. Whatever the ley lines are that run under that square mile of central London, they seem to electrify the Heavenly office like a National Grid of vibes and volume; strange attractors to the ghosts of Soho’s rock’n’rollers, ravers, reprobates and roués alike who add a spectral joie de vivre to proceedings.

While the Heavenly office itself might be notorious, it’s the music that fills it up in the after hours that truly gives the place life. While the open door has long offered something akin to a welcoming hug for both regular and first time visitors, it’s the always cranked up sound system that’s the equivalent of a mate leaning into you, guiding you through the peaks and troughs of the music. “Hang on, this next one’s amazing… listen to this bit… what do you mean you haven’t heard this version? Turn it up!”

As with any good party, the office soundtrack evolves track by track like selections from an overheating rebellious jukebox. Any average Monday night (the weekend always starts on Monday, right?) might take in music from the label’s artists that’s just pinged the inbox, freshly minted demos that have piqued curiosity, dusty old 7s by long gone heroes or white label 12s with minimal info scratched onto them in felt tip pen. And playing between those tracks, a bunch of secret sounds from the Heavenly vaults; remixes that write a rich, alternate history of Heavenly Recordings.

Since the first Heavenly recording, there have been striking remixes that reframe the original track. These remakes offer a parallel reading of the last four decades of releases; they take the music to places where genres can be pulled inside out before being reassembled for different dancefloors, or for a different state of mind.

It’s a selection of those secret sounds that make up the latest in this series of flawless compilations. Each presents a parallel reading of the Heavenly Recordings story, a version that’s best heard as the light fades and the furniture gets shoved to one side of the room in decent work places the world over.