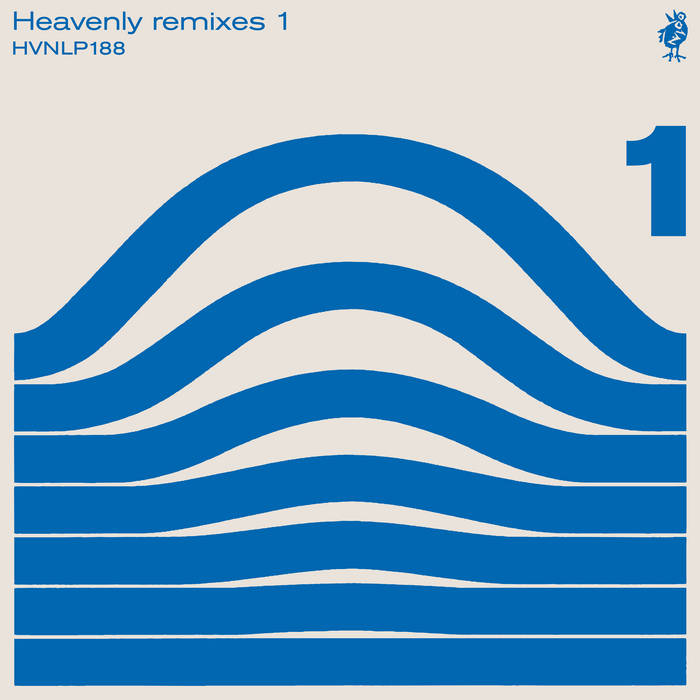 PLEASE NOTE: One or two of tracks on this album have been licensed from a major label. The terms of this license do not allow us to sell the digital tracks, though anyone purchasing the vinyl will receive a full album download on the day of release.

Marshall McLuhan’s famous edict ‘the medium is the message’ has never been more apt than with regard to modern remix culture. Although the idea of the remix goes way back to the Jamaican dub pioneers and New York disco remixers of the 1970s, the form didn’t truly come into its own until the acid house explosion of the 1980s, when remixers’ credentials often subsumed — and sometimes surpassed — the original source material. Some, among them our lost friend Andrew Weatherall, used remixing as a springboard into multiple other directions, and became auteurs in their own right.

Forged in the white-hot heat of post-acid house Britain, these Heavenly remixes are perfectly weighted with respect and irreverence, the remixer in each case carefully chosen to add heft to the song (as on Al Breadwinner’s dubwise reworking of Mattiel’s ’Guns of Brixton’— the pairing more a game of chess than a best-of-three arm wrestle).

Although Heavenly was founded in the wake of huge upheavals in electronic music, it was still imbued with its own curious parallel life. I’ve always thought of Heavenly as one of the UK’s alt-pop labels; a place where brilliant pop bands live and record, if the general public would only realise. Some of them have ended up in the real, actual charts (Saint Etienne, Doves), but that’s missing the point about Heavenly, who are, like Factory and Fast Product before them, pop music’s conscience.

There is no sense of order to this compilation and we make no apologies. It’s the Heavenly way. Think of it as a present from Loki, the Norse god of mischief. You’ll find a smattering of older tracks: album openers Saint Etienne are taken on a Poseidon Adventure with Underworld, who inject ‘Cool Kids of Death’ with typically manic energy. Elsewhere, ’90s Brum duo Mother add dancefloor pzazz to Espiritu’s innate glamour on an all-funked-up reworking of ‘Los Americanos’, and Mark Lusardi’s remix of Moonflowers’ ‘Get Higher’ is an early Heavenly classic.

There are several of Heavenly’s current darlings here too. One of the most exciting young British prospects, Yorkshire’s Working Men’s Club, effectively remix themselves, as Minsky Rock — WMC’s Syd Minsky-Sargeant and producer Ross Orton — cleave ‘X’ into a riotous industrial racket. Jagwar Ma’s Jono Ma takes the Kraftwerkian leitmotif on ‘Automatic’ and drives the Australian jazz-funkers Mildlife down an electro-convulsive psychedelic tunnel (thankfully no-one was harmed during the making of this remix); Sheffield’s DJ Parrot and Jarvis Cocker deliver one of the outstanding remixes of 2018, turning Baxter Dury’s ‘Miami’ into a lovelorn minor opera; and, making its first appearance on vinyl, David Holmes’ Unloved project is taken on a panoramic Welsh waltz thanks to Gwenno.

There may well be no rhyme, nor reason, to how these compilations have been put together, beyond the fact that they are assembled with love, an innate understanding of the power of great pop music, and a skilled marriage of song and remixer — but does one really need anything more than that for an album to make sense? I’d suggest not.